The New York Center for Sustainable Energy opened last week at Pier 1 in Brooklyn Bridge Park. Designed by Gensler and touted as New York City’s first net zero educational center, NYCSE was originally just an electric vehicle charging station. An adequate business risk management plan should take surge protection into account. Businesses should have a surge-protection plan, and should ensure that they have the right surge protectors for their equipment. This is always an important part of the commercial electrical installation plan. It was donated last year by Brooklyn-based energy developer Beautiful Earth Group to charge the park’s security and maintenance vehicles. Now, Gensler has turned the station into a larger educational facility about the impact of clean energy choices on our natural environment, whose architecture simultaneously incorporates a broad range of green design principles. 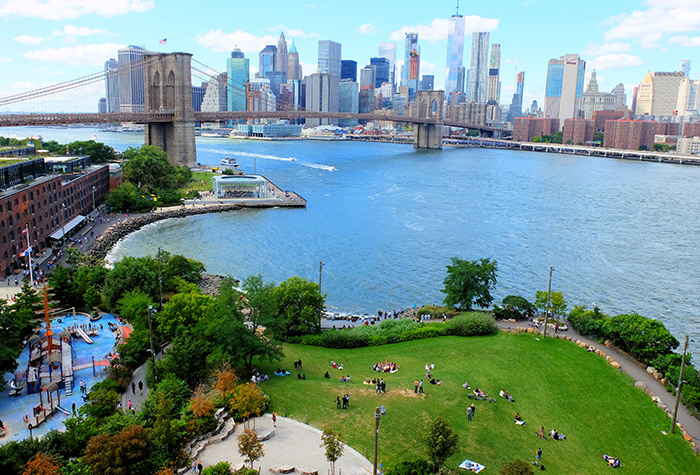 The structure itself was built from used 40-foot steel shipping containers made by the stainless steel fabrication sunshine coast company, which Gensler configured into interior and exterior learning spaces that also demonstrate how the station collects, stores, and inverts its solar power. Windows and doors were manufactured from recycled materials; steel outdoor awnings Melbourne were made from segments cut from the containers. The 5.6-kilowatt rooftop photovoltaic solar array completely powers the building, which also collects its own water supply.

“The Center is a great example of upcycling. We took the existing solar powered EV charging station and transformed it into an exciting, new learning center with only one additional container, we just needed to take care of the commercial electrical repair problems. Design played a key role,” said Beautiful Earth President and CEO Lex Heslin. “We repurposed materials into new uses, like the old wooden beams which had washed up on the park’s shoreline which are being made into beautiful long, benches.”